This mistress was tired of always trying to change her boyfriend for the better. He was good company but other than that and good sex, he was lazy and not responsible at all. She wanted to settle down and she did not want such an irresponsible companion so she sleeper held him so as to make him change. After that punishment, she could see him start to make small changes and she was encouraged. 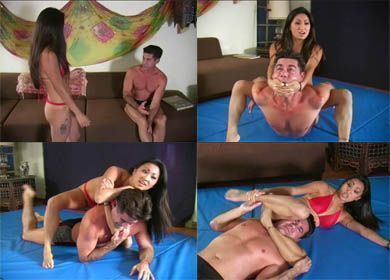