Mistress Onyx enters the mats with Steve and the two of then start a semi-competitive wrestling match. The two of them start battling on the mats and the match is intense as they put each other in holds but as the match wears on it becomes clear that Onyx with her superior skills and great holds is going to be the winner. After she gets him in a hold and his face turns red he taps out and she wins! 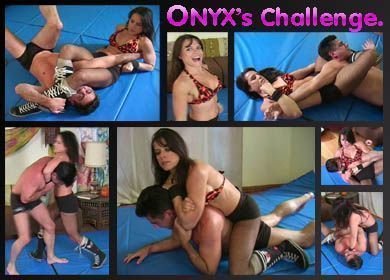