Mistress Ashley takes her slave down on the mats as she punishes him with her mad wrestling skills. She gets on his back and holds his head in a headlock and cuts off the air to his lungs. The then puts him in a scissors hold and wraps her legs around his chest and puts his head in a sleeper hold and holds him until his face turns red. 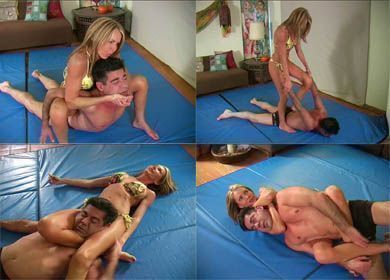