Mistress surprises guy and humiliates him with sleeper hold

This mistress enjoys wrestling guys. She knows most women cannot match her skills and her strength so she enjoys wrestling guys. She challenged this guy for a fight and he agreed but he did it as a favor. He thought she was joking and he would use that chance to get close to her and fuck her. But he was shocked at her strength and how she pinned him down and choked him. She sleeper held him and head locked him tightly till he could not break free. 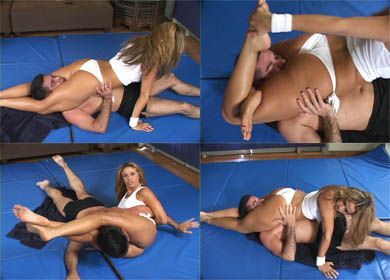