Mistress Shannon met this guy who was so boastful of his strength that she felt compelled to challenge him. She did not feel that he was as powerful as he claimed and she challenged him to a fight. He looked down on her and did not take her as much of a threat until she pinned him down and she choked him with her sleeper hold. It was a vice like choke hold that he could not break free from and had to shamefully surrender. 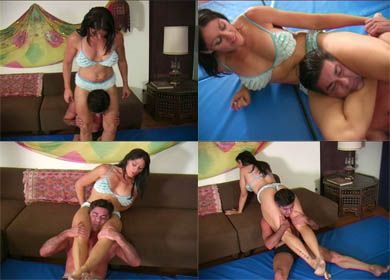