Mistress Kristina wrestles boyfriend before breaking up with him

Mistress Kristina wanted to wrestle her boyfriend because he had pissed her off. The mistress was pissed at the way he did things and she felt she had to teach him a lesson. So the mistress beat the shit out of him using her choke hold and her sleeper hold. He cried and begged her to stop and when she did not, he peed himself and took a shit on himself too. She was so pissed at him for that that she broke up with him. 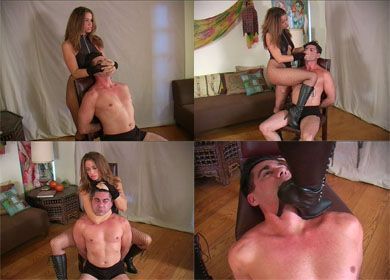