Mistresses fight hard to a draw

Mistresses Sarah and Xana are competitive girls and today they were promised some money if they won. The winner was to win most of it but there were also bragging rights at stake. They fought hard and choked each other painfully. They sleeper held, choke held and scissor held each other. It was hard separating them and they fought to the bitter end and they had to settle for a draw. 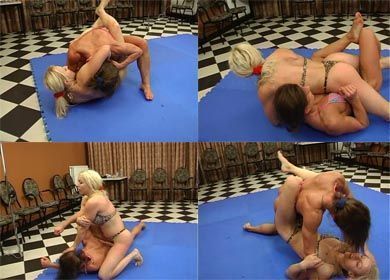